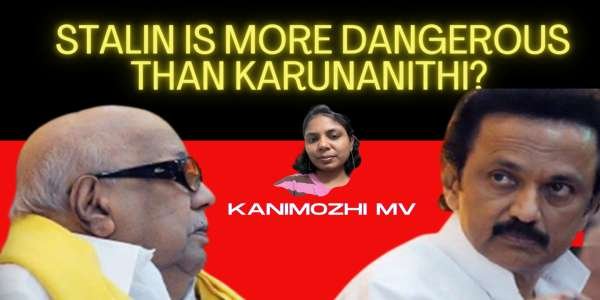 Arise, Awake, or Be forever fallen are the words said by Dr T.M. Nair who was one of the founders of the Justice Party. We all know that the title “Awake, Arise, or Be Forever Fallen” is a line from John Milton’s poem Paradise Lost. Milton wrote to give people an understanding of spirituality. Dr T. M. Nair used these words to kindle the spirit of Dravidian cadres to fight back the Brahmanical structure that treats the majority of the People of Land as slaves and denies human rights.

It’s a century-long battle in the Land of Tamil Nadu against the structure of casteism. The Justice Party sowed the seed in the political history of Tamil Nadu while Periyar’s self-respect movement that started in 1925, took social justice to all nooks and corners of the State. Tamil Nadu leads as an example to the Indian states right from the need for reservation, gender equality, social justice and this milestone success was deepened in the land after Dravida Munnetra Kazhagam (DMK) assumed power in 1967.

Today DMK has risen to power after 10 long years, pushing away all the conspiracies and ploys of Brahmins and their slaves. The 2021 Election was not an ordinary election, it was a fight against Brahminical supremacy to get back the hard-earned rights achieved through the Dravidian Movement. It was a battle that was started by Buddha against the Varna system and in time, it was led to victory by the present Chief Minister of Tamil Nadu M. K. Stalin.

He is a single man army who overthrew ploys and brought back the esteemed flag of Black and red and let it fly high in the sky!

After assuming office as Chief Minister, within hundred days of his governance, he made the Kulukupattars(Shrewd Pattars) understand that their plans to make the state Saffron will always be nothing but a dream!!

Step 3: Collect feedback and pass it to experts,

Even before taking charge as a Chief Minister right before the election, Stalin assured the people of Tamil Nadu that all the unsolved issues of the constituencies would be solved as soon as DMK rose to power. After taking charge of office a separate wing was formed to address the said issues. We are aware that DMK assumed office amid the Covid second wave and efficiently controlled the situation in the most scientific way possible. The schemes introduced by the CM for the welfare of people, especially women found him a place in people’s hearts.

Apart from these welfare schemes he needs to be applauded for fighting and winning on the ideological front. He passed the order for people from all castes to enter the sanctuary of the temple. It is to be noted that for the suppressed class, entering temples were made possible only by self-respect cadres.

In 1921, J N Ramanathan, T V Subramaniam and J S Kannapan had conducted the temple entry agitation by involving non-brahmins. They were pelted with stones and slapped with criminal cases. In 1929, the cadres of the self-respect movement protested for entry to temples at Erode. The leaders Eswaran, Karuppan and Pasupathi were charged. At Trichy, when J N Ramanathan, along with Adi dravidars entered the Thayumanavar hill temple, They were attacked by rowdies and were forced to roll down the hill. Tamil weekly magazine Kudi Arasu says, in Thiruvannamalai, J S Kannappan who agitated for temple entry was locked inside the temple. The year 1927 also saw about a thousand people assert their rights to enter the Mayuranathaswamy temple, Myladuthurai under the leadership of K.A.P Viswanathan.

Even in his last years, Periyar fought for his dream and planned an agitation for the rights of people of all castes to become archakas. Former CM Kalaignar Karunanithi requested Periyar not to proceed with the agitation and that he would pass a law that allows everyone irrespective of caste into the sanctum. The law had to face a fierce legal battle all these years from 1970. Though in 2015, the judgment was in the Government’s favour, the former AIADMK government, which was a puppet in the hands of the suppressors, took no steps to implement the same.

The next important step taken by Stalin’s government was the order issued by them that hymns(slogams) recited inside the sanctum can be in Tamil.

The other major step was the retrieving of 180 acres of temple land from encroachers to date.

RSS and their wings never wanted Hindu religious and charitable endowment departments to have control over the temples and they wanted to get rid of the same. They tried various methods to re-kindle religious fanaticism yet they failed miserably.

These three steps were (and still are) very significant in the path of Dravidian ideology and to uproot the future of RSS and Hindutva mafias.

Why is Stalin more Dangerous than Karunanidhi?

The answer lies in the victory of the Ideological front and how Stalin walks steadily with his head held high for never to bow before the Hindutva and their structural violence.

Tamil Nadu would also have witnessed the brutality of what’s happening in states like Uttar Pradesh if Tamil Nadu wasn’t in the safe hands of our CM, MKS. He is shielding and safeguarding the Dravidian land so it’ll never be attacked by the brutes of RSS forever. Yes, Stalin is more dangerous when it comes to dealing with the Hindutva and the Sanghis.

As Maharaja Shivaji was denied the right to being crowned because he was a shudra, he was forced to satisfy the greed and needs of Brahmins to continue as a king. But the South leads by never surrendering to Brahmanical dominance and that is the land of Shudras and Panchamas where they will uphold their rights. 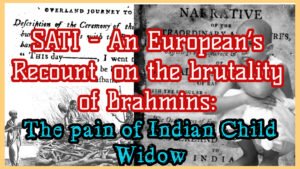